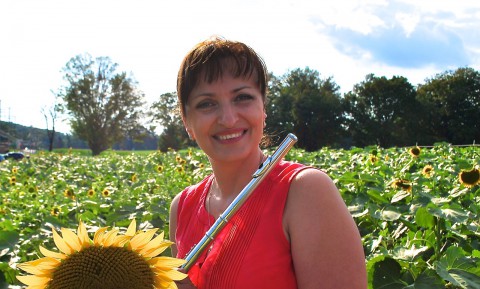 "Music expresses that which cannot be said and on which it is impossible to be silent." Victor Hugo

I developed a distinct love for flute at the age of nine. Completed my middle, high school and university education in flute performance and, as a young student, I participated in flute competitions in former Yugoslavia were I received several prizes. I was also nominated as the "Best Student of the Year" in 1993 at the Music Academy of the University of Pristina, Kosovo. I performed in many countries including Kosovo, Serbia, Montenegro, Zambia, Uganda, and the United States.

Playing flute and teaching is my passion. My teaching career started 25 years ago when, as a postgraduate student, where I taught solfegio at “Lorenc Antoni” music school in Prizren, Kosovo, and soon after continued working as a full time flute teacher. Most of my students have completed their studies and received masters degrees with some also becoming world known performers.

I have succeeded despite multiple challenges including the Balkan wars and moving countries numerous times overseas. Despite the crisis in Kosovo, I never stopped playing and teaching flute. I have spent a decade in Africa where I taught flute, and performed solo and chamber music in many concerts and recitals. I taught flute performance to students from countless countries including Kosovo, Zambia, Uganda, Rwanda, Ireland, Germany, Italy, Australia, South Korea, etc.

I was the head of the Woodwind Instruments Department at the Africa Institute of Music (AIM) in Kampala, Uganda. Director of AIM, Mrs. Maria Park Kim (PhD in Composing), was inspired by my great passion for music and teaching. She composed a piece for flute and local African instruments (amadinda and drums) which was performed by Ugandan musicians and I in numerous concerts.

"Klodina Kabashi Morina is a wonderful flutist and a joy to work with. In recording my piece, Variation on The Willow Tree, she found the perfect approach to make the music come alive. Her tone is full and vibrant, and her use of rubato is immaculate. Not only is Klodina very professional - fully prepared and prompt for the recording session - but she is also easy to work with and an extremly warm person with whom it is easy to feel comfortable. Thank you Klodina!" 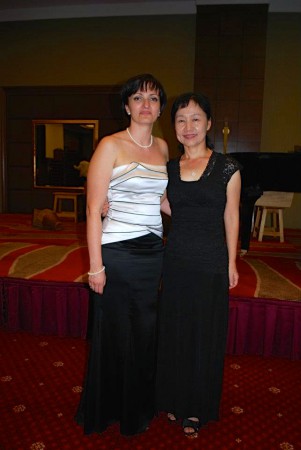 “It is a great privilege to have such a flutist not only at our school but also in the nation. Since she joined AIM in 2009, Mrs. Morina demonstrated exceptional teaching skill and teacher’s heart.”

"It was a great pleasure to have Klodina as a student. Her exceptional talent, hard work, and achievements made me proud of being her professor. Klodina has consistently achieved great success during her studies and performances in many concerts. I am very glad she became a perfectly formed artist that has also been successful in raising new talents. I wish her a lot of success in her artistic life."

Klodina Kabashi Morina
19 reviews
Webnode, an innovative sitebuilder
Have a captivating website for free!
Get started